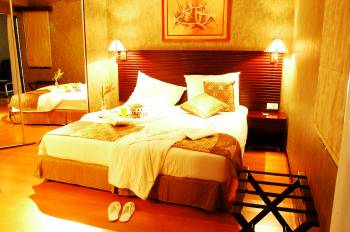 Overview of the capacities of Radisson Blu Hotel, Bamako

With some of the city's most exclusive event facilities, this hotel offers superb meeting rooms in Bamako. The hotel boasts a spacious ballroom that is one of the most sought-after spaces for Bamako events, private banquets and weddings and can also be divided into three separate rooms. Another spacious meeting room is located on the hotel's second floor. Each meeting room is equipped with state-of-the-art audiovisual facilities, as well as Free high-speed, wireless Internet access. The hotel's business centre provides Internet stations, along with fax and photocopying services.
Read more