The most popular venue hotels in UK 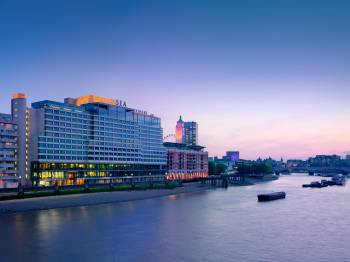 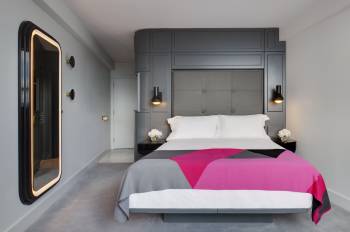 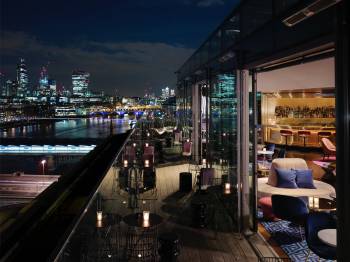 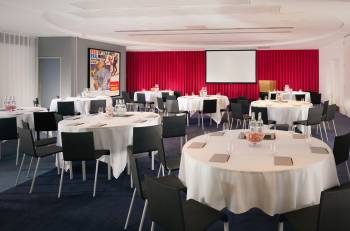 Current reviews of the venue hotels in UK

With 592 business events, conferences and trade shows in 2017,  the UK ranks third amongst the world’s MICE (meetings, incentives, conferences and events) destinations, attracting business travelers and tourists from all over the world. The United Kingdom is one of the major countries for companies to host their national as well as international events there and it offers a huge selection of hotels for meetings and events of any size. From large-scale conferences to smaller meetings or events for hundreds of people, at ALLOCABO you’ll find a huge selection of business hotels to review, compare and book for your upcoming event.

So no matter if you’re looking for a hotel in buzzing and hip London or prefer some of the other big cities Birmingham or Manchester, we are here to help and our easy to use, intuitive online platform allows you to quickly and easily find the right business hotel with the ideal meeting rooms in the UK. Simply send an inquiry to up to 10 of your favourite hotels in the United Kingdom, receive free proposals to compare, review and book directly into your inbox.

In 2017 the UK reached over 45,000 classified hotels, including many hotels which offer meetings and conference room facilities for any size of events. ALLOCABO takes the hassle out of finding and booking the best hotel for your meeting or event, conference or seminar. Browse our site today, search for your prefered meeting destination and send an inquiry to up to 10 hotels in the UK at the same time.

The United Kingdom is divided into four parts: England, Scotland, Wales and Northern Ireland so you can see there’s many different areas to choose from when you’re looking for a special place to host your event, no matter if it’s a large-scale sales kick-off for 200 people, a smaller annual meeting for 50 delegates or a 3 day conference with overnight stay - there’s something for everyone. London is the capital of England and the whole of the United Kingdom and the third largest city in Europe. It is also the third largest city in geographical Europe in terms of population. England covers most of the southern part of the island of Great Britain, bordering Scotland to the north and Wales and the Irish Sea to the west. The country borders the North Sea to the east, the English Channel to the south and the Atlantic Ocean to the southwest. England is the largest and most densely populated part of the United Kingdom in north-western Europe.  England's population of over 54 million people covers almost 85% of the UK's population, but Birmingham, Leeds, Manchester and Liverpool are also among the country's large cities and metropolises. British culture may be shaped by nothing more than the British royal family - and even more so after the Royal Wedding in 2018. Not only are the Brits great fans of the Queen, who has reigned since 1952, the British Royal family is also met with enthusiasm internationally like no other. It is not without reason that thousands of tourists travel to London to visit Buckingham Palace every day, because here they can get as close as possible to the residence of the British monarchs. Other top attractions in London are the Big Ben, the Tower Bridge, the Shard and the London Eye nestled on the river Thames - but there’s so much more to the capital with its diverse culture and nationalities and each area offering something different to explore. So if you’re looking for a hip and trendy hotel in East London - the startup and creative mecca of London or a modern, stylish hotel in the city, where the biggest financial institutions are based - ALLOCABO gives you the chance to easily find and review the best meetings hotel for your needs.
Facts and figures about England

The country's history and past of being a colonial power also had a large influence on British culture, especially since the mid-20th century, when many people from the former colonies of the Indian subcontinent and the Caribbean moved there. During the reign of Queen Elizabeth I the English arts and especially the theatre experienced a heyday. The most famous playwright of the time, William Shakespeare, wrote about 40 plays that are still performed all over the world today. These include tragedies such as "Romeo and Juliet", "Hamlet" and "Othello", comedies such as "Ein Sommernachtstraum" and "Viel Lärm um nichts" as well as historical dramas such as "Heinrich V.". English art today is influenced by architecture, painting, handicrafts and sculpture. With over 29 million tourists, the United Kingdom was the eighth most important tourist destination in the world in 2015.